On Day 2 in London, we set off to Kensington Palace wearing raincoats and carrying an umbrella. But the rain didn’t begin until we were inside the palace, and it only lasted a short while because the sun came out by the time we made it outside. Brief rain showers are not uncommon in London, I’ve learned. 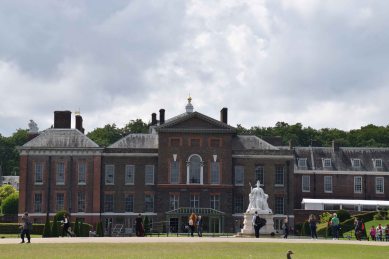 My favorite room on the tour was the room where Princess Victoria (who became Queen Victoria) was born on May 24, 1819. It became her childhood bedroom, and on display are her doll house, dolls, and other toys, along with many portraits of her as a child.

My girls enjoyed rummaging through a toy box of antiques in this room.

Several of Queen Victoria’s frilly and flowery dresses are on display. She was tiny and measured 5 foot tall. 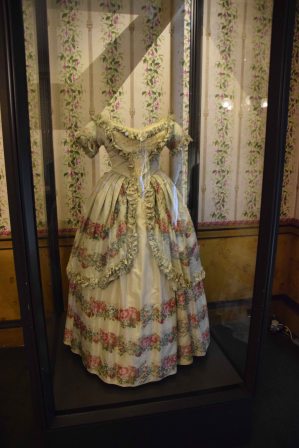 Before becoming queen, Victoria was required to be escorted down these stairs as a precaution because she was heir to the throne. 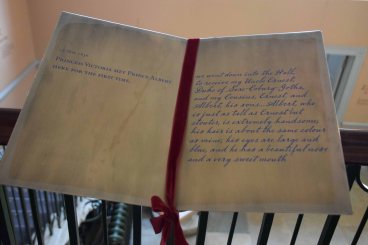 This staircase is where young Victoria met her cousin (and future husband) Albert for the first time in 1836. She wrote: “Albert, who is just as tall as Ernest but stouter, is extremely handsome; his hair is about the same colour as mine; his eyes are large and blue, and he has a beautiful nose and a very sweet mouth.” 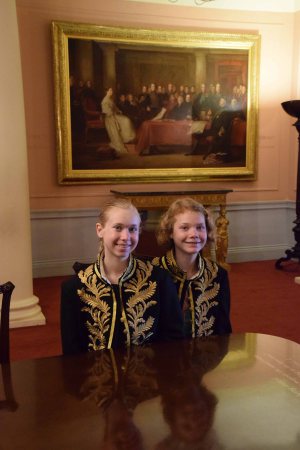 This table is in the very room (The Red Saloon) where Queen Victoria’s first privy council took place the day of her accession to the throne in 1837. In the background is the 1838 painting The First Council of Queen Victoria by Sir David Wilkie, which portrays the noteworthy event.

Another famous resident of Kensington Palace was HRH Diana, Princess of Wales, who lived here 15 years. A grand collection of her elegant dresses — along with sketches by her fashion designers — is on special display in the palace this summer. 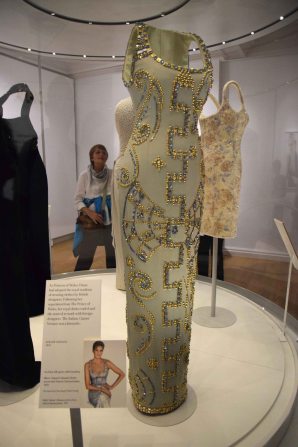 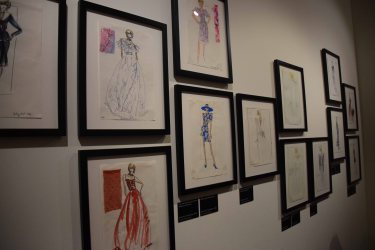 I was surprised by how tall Diana was. At 5’10” she was a full 10 inches taller than Queen Victoria!

Stepping outside, the gardens at Kensington overflow with a breathtaking array of blooms in tribute to Diana. 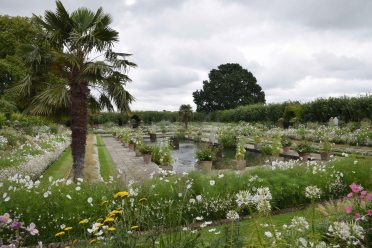 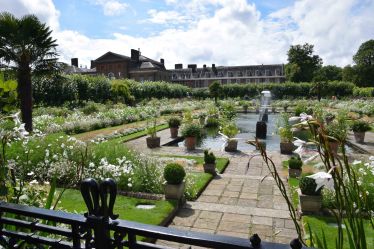 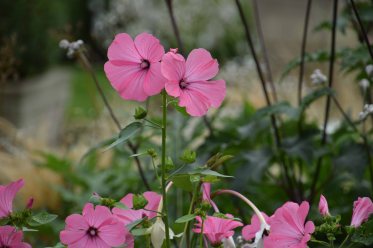 Not far from the entrance is the Round Pond, where dozens of water fowl and pigeons gather.

This swan glided along with quite a majestic air about it.

A short walk from Kensington Palace is St. Mary Abbots church. This particular structure was built in 1872, but Christians have been worshiping at this site since the 12th century. Isaac Newton was among them.

Our exploring continued beyond Kensington as we took the Underground (aka “the Tube” train) back to Westminster Station. Look kids, Big Ben!

There we boarded a clipper/water bus on the River Thames. Because why would we travel underground like moles when we can go by boat instead? 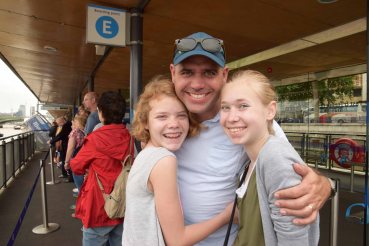 Here’s the clipper coming in to dock, and that’s the London Eye across the river.

We traveled the river to Bankside, where we hopped off to see Shakespeare’s Globe Theatre, reconstructed in 1999. Later in the week we returned here for a full tour of the theatre.

Up next is Oxford and the C.S. Lewis Close — one of our most memorable days of the trip!