NOTE: We are feeling a little snow-deprived here in Minnesota, which is odd for January. So, to keep things in perspective, I’m reposting this fun blog post from a few years ago when we were buried in much snow.

Drawing on my personal snow experience that has accumulated over 15 Minnesota winters, I’ve compiled this brief snowcabulary list of seven snow-related words — complete with pictures of course!

1. dirty snow: (noun) older snow that has turned any color other than white — usually gray, brown or yellow 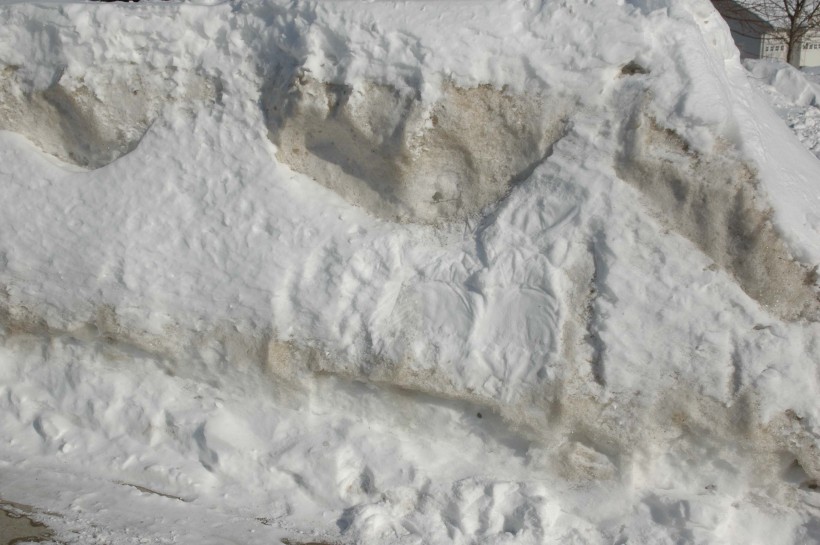 Dirty snow is not pleasant to behold, and it often causes Minnesotans to wish for some bright new snow, just to freshen things up again.

2. black snow: (noun) snow that has been blackened by roadway contaminants; usually found along roadsides

We love snow plows, but they do tend to create heaps of black snow along the highways, not to mention the enormous mountains of black snow they pile up in parking lots.

3. snow booger: (noun) a large clump of black snow that collects on the bottom of your vehicle as you drive

Hanging down and frozen to the underside of vehicles, snow boogers seem to defy gravity. Heartily kicking snow boogers off your vehicle helps vent any dirty, frustrated feelings you may have collected toward winter weather.

4. clean driveway: (noun) a driveway with at least 40% visible concrete

When it’s mid February, and you haven’t seen the grass since early November, and you’ve worn your snow shovel and snow blower to nubs, you lower your standards. You just accept those especially stubborn sheets of icy, snowy stuff that clutter up an otherwise “clear” driveway. You just pray they’ll melt on their own sometime in May.

5. death trap: (noun) an area where thick, relentlessly stubborn sheets of ice gang up with sharp, pointy icicles overhead and ruthlessly threaten to send innocent bystanders to the emergency room

The area in front of our third garage stall is a death trap. Areas like this are the primary reason you can still find Christmas lights up in late March. Nobody wants to climb a ladder here!

6. light-cicles: (noun) Christmas lights that have been vandalized by monstrous icicles 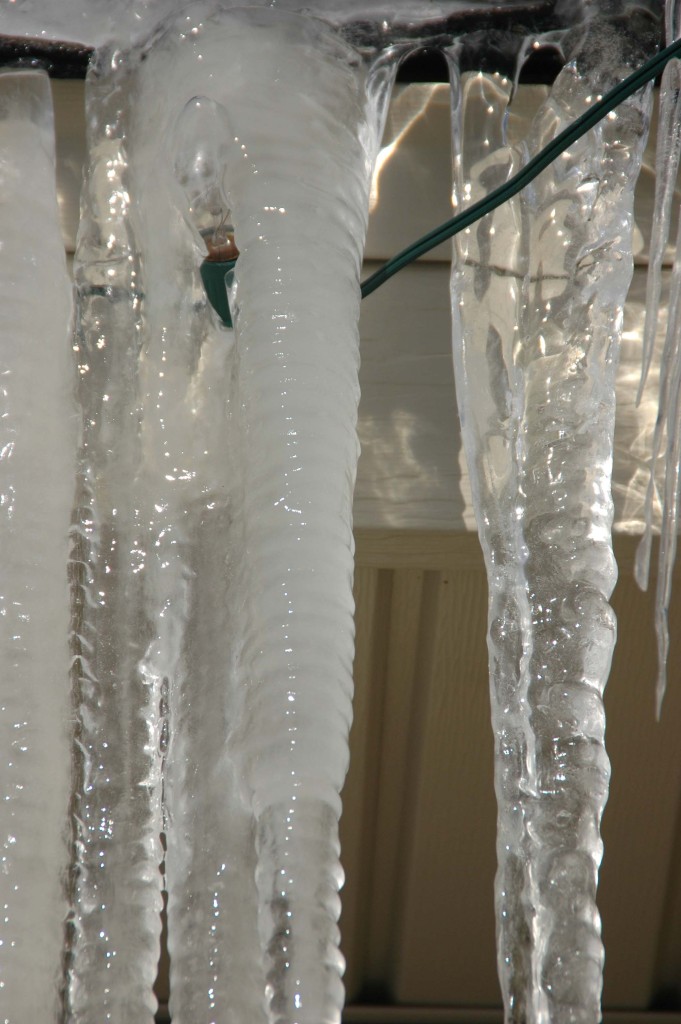 Light-cicles are the secondary reason you can still find Christmas lights up in late March. The intertwining mess begs for a meltdown.

7. snow-verwhelming: (adjective) laden with snow; characteristic of something that has been drastically transformed by accumulated snow

This snow-verwhelming bush is an excellent tool for elevating young climbers. Never mind what I said about Christmas lights in March; I think my 8-year-old can probably reach to pull them off the house. 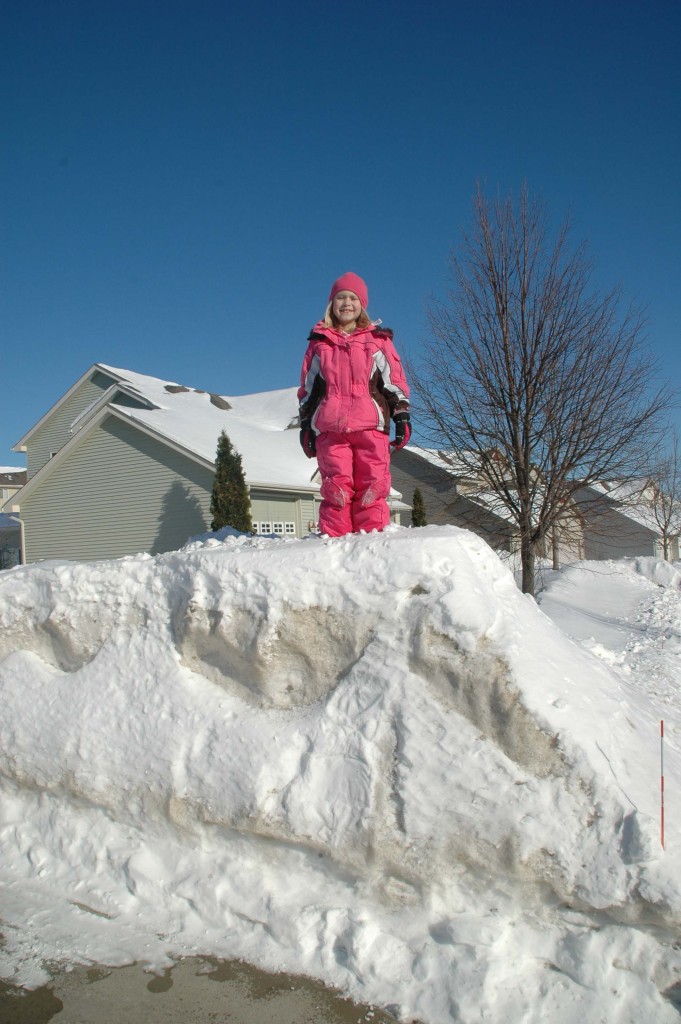 And while she’s out there, I think I’ll have her dust the tree tops — just for good measure.

Enjoy your snow-verwhelming weather down south, and don’t drive anywhere!