Our family’s Top 10 of the Florida Keys continues with another favorite sea creature!

“Praise the LORD from the earth, you great sea creatures and all ocean depths…” – Psalm 148:7

You can easily see why dolphins are Laurel’s favorite animal. They are quite lovable, especially as they leap out of the water smiling!  Our visit to the Dolphin Research Center on Grassy Key was certainly worthwhile. The DRC is home to a pod of 20 Atlantic bottlenose dolphins and three California sea lions. The animals live in ninety thousand square feet of seawater lagoons with low fences separating them from the open waters of the Gulf of Mexico. The sea lions exhibit is under construction right now, so we didn’t get to see them. But we saw many dolphins, and two of them were babies. One was just a week old! The babies and mothers were too elusive for me to catch on camera.

This happy dolphin was chatty and awaiting a treat during one of two performances we watched. 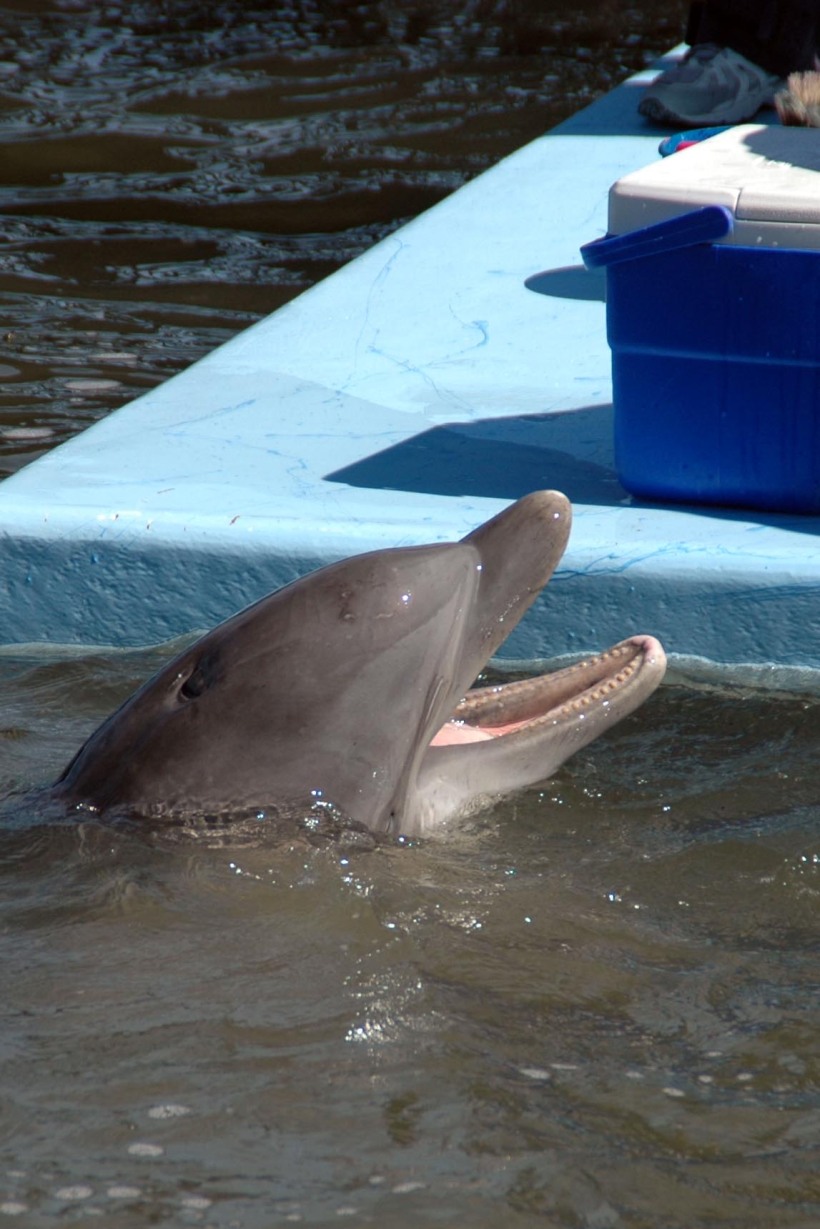 Besides the shows, the DRC also offers, for an extra price, “dolphin encounters” such as swimming with the dolphins or having a dolphin paint a souvenir T-shirt for you. Since it was pretty chilly that morning, no one signed up for a swim, but a few folks sprung for the T-shirts. Here’s a trainer handing over the paintbrush.

The dolphins were busy little artists but not exactly talented in T-shirt design! 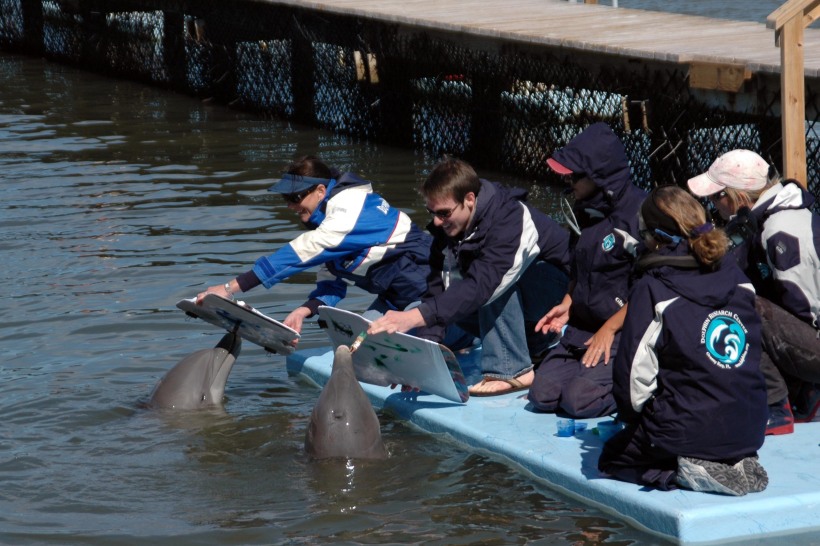 Did I mention it was chilly that morning? Under-dressed for the weather, we were eager to follow the masses inside the Dolphin Theatre to watch a short presentation. We learned that the DRC is on the site where the classic old movie Flipper was filmed in 1963. Many of the dolphins living there now are descendants of Mitzi, the dolphin who starred as Flipper.

After the presentation, the speaker took questions from the audience. Linnea wanted to know how deep dolphins can swim. The Navy has trained dolphins to swim several hundred feet deep, but dolphins typically say within 50 or so feet of the surface.

Next Laurel raised her hand. I always get nervous when my 4-year-old asks questions in public. When the speaker finally called on her, Laurel loudly and clearly asked, “Did you know that dolphins are my favorite animal?” The crowd thought that was pretty funny. At least she stated it in the form of a question!

Back outside, everyone cheered as this dolphin waved good-bye at the end of the show.

That’s all for now, but we’re not even close to the end of our Top 10 of the Florida Keys! Can you guess what was Michael’s favorite part of the trip? Stay tuned because you won’t want to miss this ride!